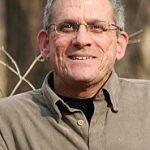 Tom Dawson has been the Minister of Adult Education at First Baptist O’Fallon, IL since January 2005. He is responsible for leading all adult ministries and is passionate about the critical role discipleship plays in the local church.

In addition to his ministry at First Baptist O’Fallon, he also served as a Reserve Chaplain in the United States Air Force and was last assigned to the 375th Airlift Wing at Scott Air Force Base, IL. Tom retired from the Air Force Reserve in April 2014 after 23 years of service.

He enjoys camping, cycling, and the outdoors. Tom and his wife, Marilyn, have two grown children, Katie (Josh) and Jonathan, along with twin grandchildren, Sam and Abby. Tom and Marilyn, along with their Golden Doodle, Cali, currently reside in O’Fallon, IL.

You must create a free profile to contact this member!