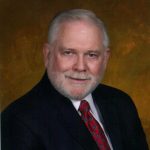 He has served churches in Oklahoma, Texas, Mississippi, and Louisiana in the areas of music, youth, education, and administration.

Randy served as Children/Preschool/Church Growth Consultant for the Mississippi Baptist Convention Board for two years. He followed that with six years as Church Growth, General Officer, and Associational consultant with MBCB.

He left MBCB to serve for five years as the State Sunday School Director with the Louisiana Baptist Convention. The next two years saw him as the Associate Strategy Coordinator with LBC. His final five years with LBC he served as the Cooperative Program/Stewardship/Capital Fund Department Director.

Currently Randy is the President of Cornerstone Consultants Ministries – a consulting group for churches and religious groups. Cornerstone produces customized products and programs for clients.